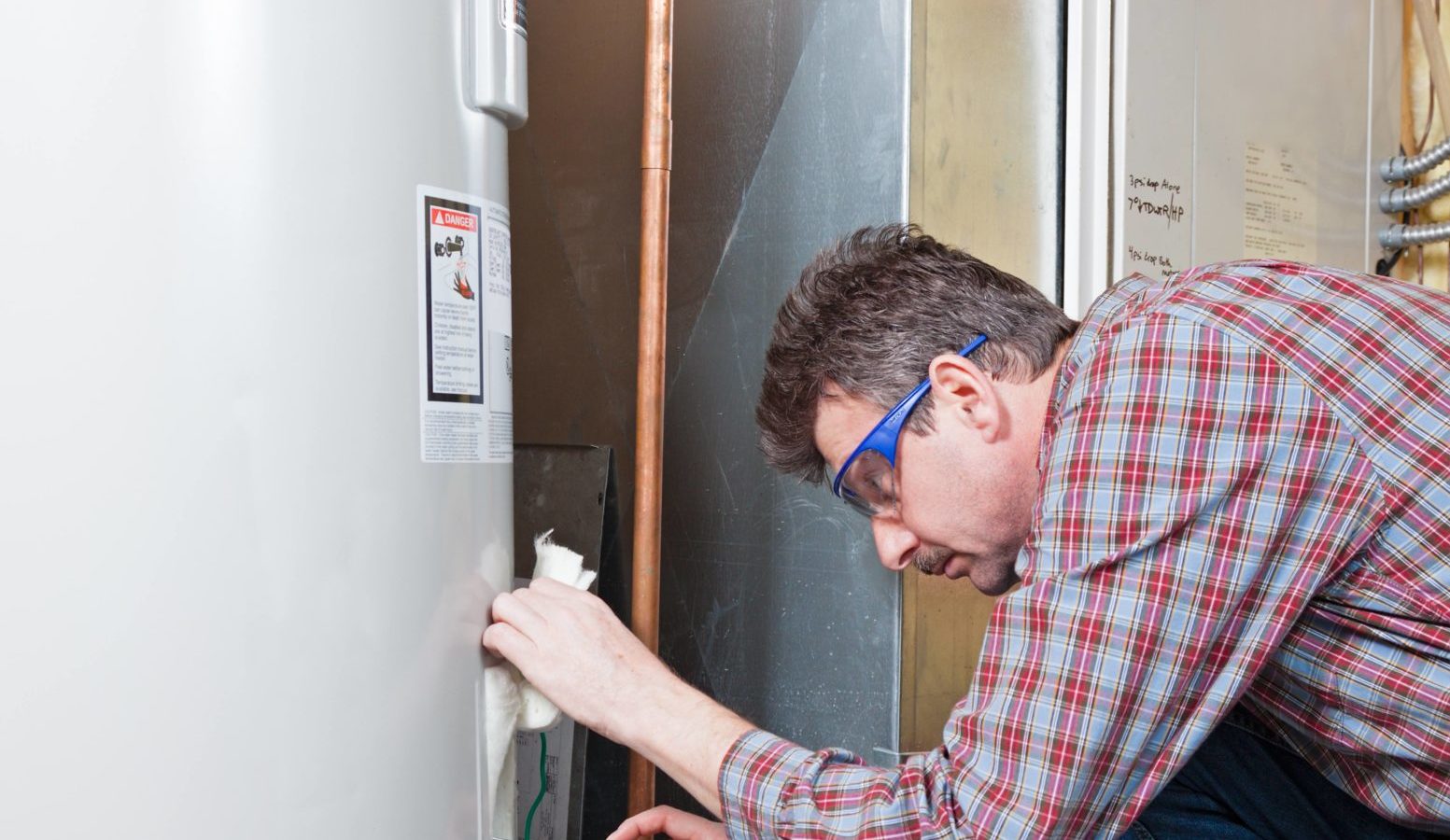 LESLIE: Alright. Now we’ve got Eva in North Carolina on the line with an aging water heater question. How can we help you today?

EVA: Our home is about 11 years old. We have a hot-water heater on our third floor of our home. And I’m a little nervous about it being up on the third floor. And with it aging out, I’m concerned about it potentially bursting or leaking. So what we’d like to do is replace the hot-water heater in this house.

However, we’re not sure. We kind of have a disagreement. We’re broke right now, financially, but we would – for peace of mind’s sake, I would like to possibly look into a tankless. My husband thinks we should just replace the current aging water heater we have upstairs on the third floor with the same darn thing because he’s like, “If it’s new, it won’t leak and it won’t burst.” So what do you guys suggest?

TOM: How old is the water heater?

TOM: Well, if it’s an 11-year-old house, it’s going to have an 11-year-old water heater. And while, yeah, that’s closer to the end of a normal life than not, believe it or not, it’s not horribly old. I’ve seen water heaters go 15, 20 years.

EVA: But because it’s on the third floor of the house, I’m nervous because water is going to – it’s not like it’s in the basement or the garage. So if there is a leak or something like that, I’m concerned about there being a lot of water damage to our home.

TOM: I understand. And you could – that would happen if a pipe broke, as well. So, if you want to replace an aging water heater with a tankless, that is going to be more expensive than a tanked water heater. But it’s definitely worthwhile because they last a lot longer and they also give you on-demand hot water, so you never really ever run out of warm water.

If you’re concerned about your plumbing system’s reliability in general, just make it a practice that whenever you guys go away for a weekend or longer, you turn the main water valve off. You don’t need to leave water on when you’re not home for an extended period of time. So that might also be something you might want to start doing on a regular basis.

EVA: So whenever you’re going to be gone for the weekend or more than a couple of days, turn the main water valve off.

TOM: That’s right. Because you don’t need it on. And this way, if the water heater ever were to break, it would lose the 40 or 50 gallons that’s in it but it would not constantly run, run, run.

EVA: Gotcha. So going back to my original question, what do you guys suggest we do? Because my husband thinks, well, let’s just get a new one, the same thing. And then he thinks it’s going to give me some peace of mind.

TOM: OK. Here’s what I would do. You said that money is tight. I don’t want you to throw good money at bad ideas and I think replacing an aging water heater with the same thing is kind of a bad idea, especially since it’s 11 years old. What I would prefer to see you do is live with that for another year or two, save up some money and then put in a tankless.

EVA: OK. And do you recommend tanklesses (ph) go in the crawlspace or in the garage or outside?

TOM: Well, they can pretty much go wherever you want. If you put them outside, they get a little less efficient because, of course, the outside temperature is cold and that means they have to work a little bit harder.

TOM: And sometimes, they’re put in rooms that are insulated or outside closets and that sort of thing. But you have the flexibility because a tankless water heater is going to be about a quarter of the size of your tanked water heater.

EVA: OK. So it sounds like that’s what you recommend is a tankless but maybe just live with this one for another year or two.

TOM: I think that makes the most sense. OK, Eva?