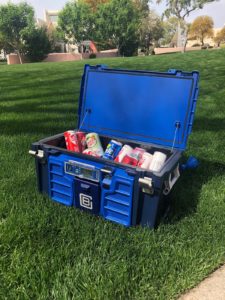 Tom Kraeutler:     This is the Money Pit top products podcast broadcasting today from beautiful Las Vegas Nevada, the site of the 2018 National Harper Show where we get to find really fun, cool products to talk about on this program. And we ran across one that is called the Cool Box Cooler.

Leslie Segrete:     I mean it kinda helped us find it because it had the coolness in the name and we’re looking for the cool products.

Kevin Harrington: Hey, great to be here and I won’t take the claim as inventor, but I’ll say investor how about that.

Tom Kraeutler:     Alright investor, yeah. And you were actually an investor on Shark Tank won’t you.

Kevin Harrington: I did a couple season on Shark Tank.

Kevin Harrington: Had a great time, it was a lot of fun. Kevin Harrington: Because nobody else will. He loves to call himself that. He was the tough guy but he built his brand on doing that. I’m an entrepreneur and I’ve been dealing with entrepreneurs for many, many years. Actually was one of the founders of an entrepreneur’s organization so I couldn’t come on Shark Tank and be mean to entrepreneurs. So I was more empowering to be honest.

Tom Kraeutler:     So you were more the good cop.

Kevin Harrington: The good cop but in the case of cool box which actually went on Shark Tank, I ended up doing that deal after the show not even during the show because Laurie Grenier had originally done the deal to do cool box but it fell out afterwards. And a lot of people understand that that happens between the shark and the entrepreneur.

Tom Kraeutler:     Yeah lawyers get involved, all that kind of stuff.

Kevin Harrington: You got all that stuff that goes on so I love the product though and so we ended up making a deal afterwards. 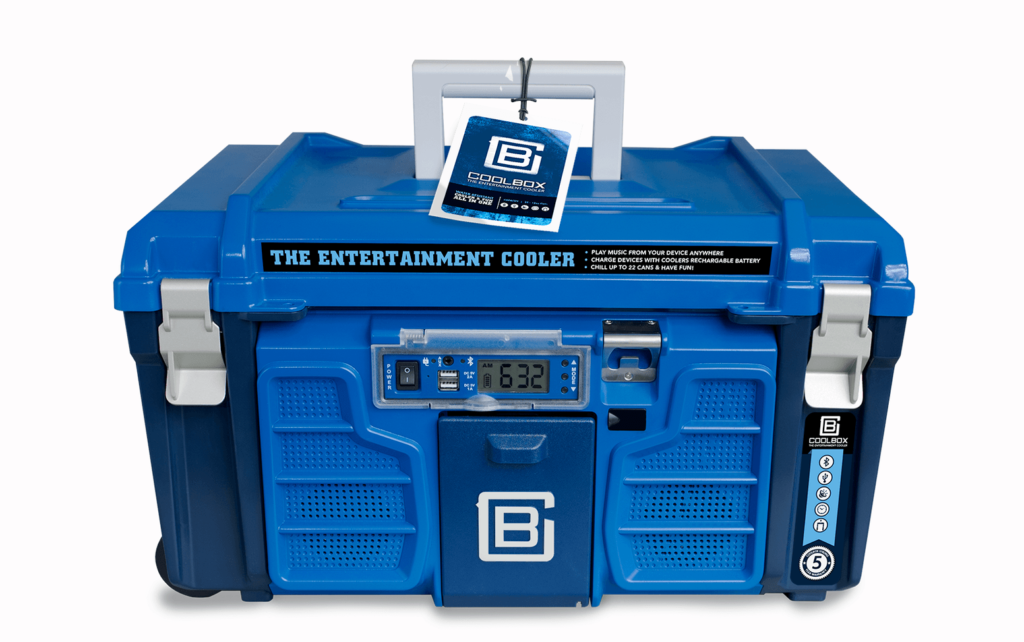 Kevin Harrington: Now we’re bringing it to market here at the hardware show.

Tom Kraeutler:     Alright so now this is a cooler that actually doesn’t need ice, keeps stuff cold for about seven hours that I hear.

Tom Kraeutler:     So you basically take it right out of the freezer, take it out the refrigerator, pop it in this and you’re pretty much good for a good part of the day.

Kevin Harrington: You’re good, yeah. It’s amazing and so not only is it a great cooler, it’s an amazing, I call it an entertainment center also because it’s got two Bluetooth speakers, very well made as well as a little battery that goes in it that charges the speakers but also charges your life because your cell phone, people are always running out of juice right. So if you’re at the beach it’s got a set of wheels and a telescoping handle and a bottle opener as you mentioned and all the other kind of cool things so it’s all about entertainment today. So whether you’re in your back yard, tailgating at the football games or wherever you might be, as well as the beach and many other places, it’s an entertainment center also.

Leslie Segrete:     I mean really everybody wants to bring all those comforts with them everywhere they go, they want their tunes and they want their food. So it’s like it’s all in one and that’s really fantastic.

Tom Kraeutler:     Nicely designed. Id like to see one, sometimes you see these products when they first come out and they have lot of function but they don’t look very good. 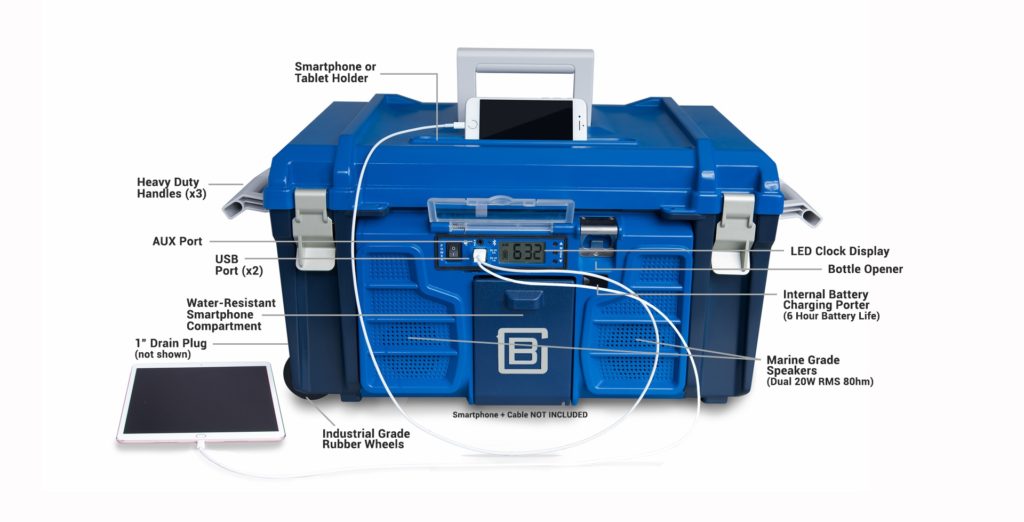 Kevin Harrington: No, the beauty of this, there was places we could have saved a penny here, a dollar there type of thing but I’ve been in the manufacturing business of products from my other side of the business. Sort of the as seen on tv side of what I do but we make fitness products for Tony Little and kitchen products for George Foreman and all that kind of stuff too.

We wanted this to be very high quality, so the speakers are very nice. They’re well made, the battery is substantial, it’s a six hour life on the battery so if you’re out hanging out you can listen to the tunes for quite a while. We could have saved money in a couple of areas and sold it for less money but we wanted to make a quality product.

Tom Kraeutler:     The product is called cool box, the website is coolboxcooler.com.  Kevin Harrington very exciting product, thanks so much for stopping by The Money Pit.

Kevin Harrington: Great to be here thanks for having me.