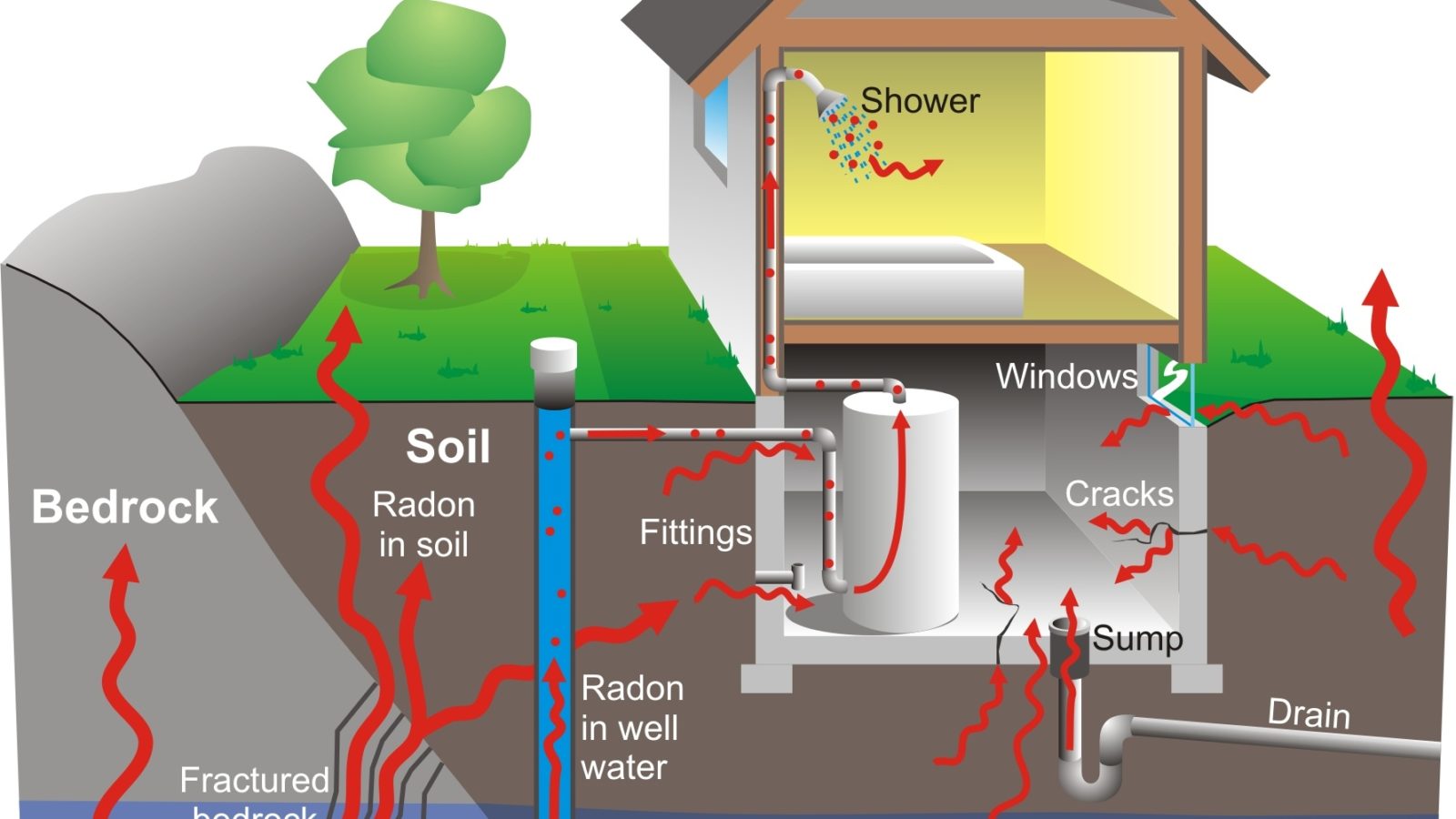 Radon Testing: How to Do a Radon Test and Remove Dangerous Radon Gas

Radon Testing: How to Do a Radon Test and Remove Dangerous Radon Gas

Radon gas dangers in the home have become more prevalent, and can affect homeowners before radon is detected. Consider the story of Stanley, a nuclear power company employee from Pennsylvania. One day he arrived at work and the radiation monitors at the plant screamed an alarm. The experts were puzzled–how could Stan set off an alarm on his way in to work? The answer to this question brought to light one of the biggest environmental concerns of our time: Radon. It turns out Stan’s house had radon gas levels more than 500 times what was considered safe and Stan had carried the effects into work.  Stan desperately needed a radon mitigation system to save himself and the health of his family.

Radon is not an industrial chemical or synthetic creation. It occurs naturally when uranium in the soil breaks down, as do all organic compounds. If inhaled, radon can cause damage to lung tissues and can lead to lung cancer.

Although radon has been around since the dawn of time, it’s become a problem in the last 20 years or so, since the energy crisis led to the construction of “tighter,” more energy efficient homes. Years ago, when energy was cheap, homes were much draftier, and these built-in air leaks helped dilute indoor contaminants like radon to safe levels. However, as energy costs rose and home construction became tighter, indoor radon levels have also risen. Today, we need to pay close attention to our indoor air environment to make sure the air stays healthy and free of radon dangers.

Testing for radon gas is fairly simple. Within your own home, you can even do the test yourself. Many radon laboratories sell simple testing kits, which usually come complete with a mailer to send the kit back to the company for analysis. However, if the house you’re testing is one you’re buying, some state laws require the test be done by a licensed radon testing company.  Likewise, if your radon test reveals a high level of radon gas, a radon mitigation systems will be needed and should also be installed by an experience, licensed radon mitigation professional.

How to do a Radon Test

All radon tests must be done in the basement or lowest livable level of the house and under “closed building conditions.” Except for normal entry and exit, this means all windows and doors, from the basement to the uppermost level of the house, must be closed for the entire test, which can be up to a week. While this may be difficult, especially in the summer, it is critical. If the windows are left open, a false high or low reading of radon dangers may result.

The most common types of radon gas tests are:

Most importantly, if the radon test result comes in high, don’t panic. Most buildings can be modified to reduce radon gas to safe levels by installing a simple radon mitigation system. In newer buildings, partial radon mitigation systems are even required during construction, just in case they are needed later to reduce or eliminate radon dangers.

How to Remove Radon Gas

The best source for radon information and remediation is www.epa.gov/radon. We found the following advice there:

The myth is that it is costly and difficult to solve a radon problem. Neither is true, so don’t let that stop you from testing your home to be sure you are safe from the health impacts of radon exposure.