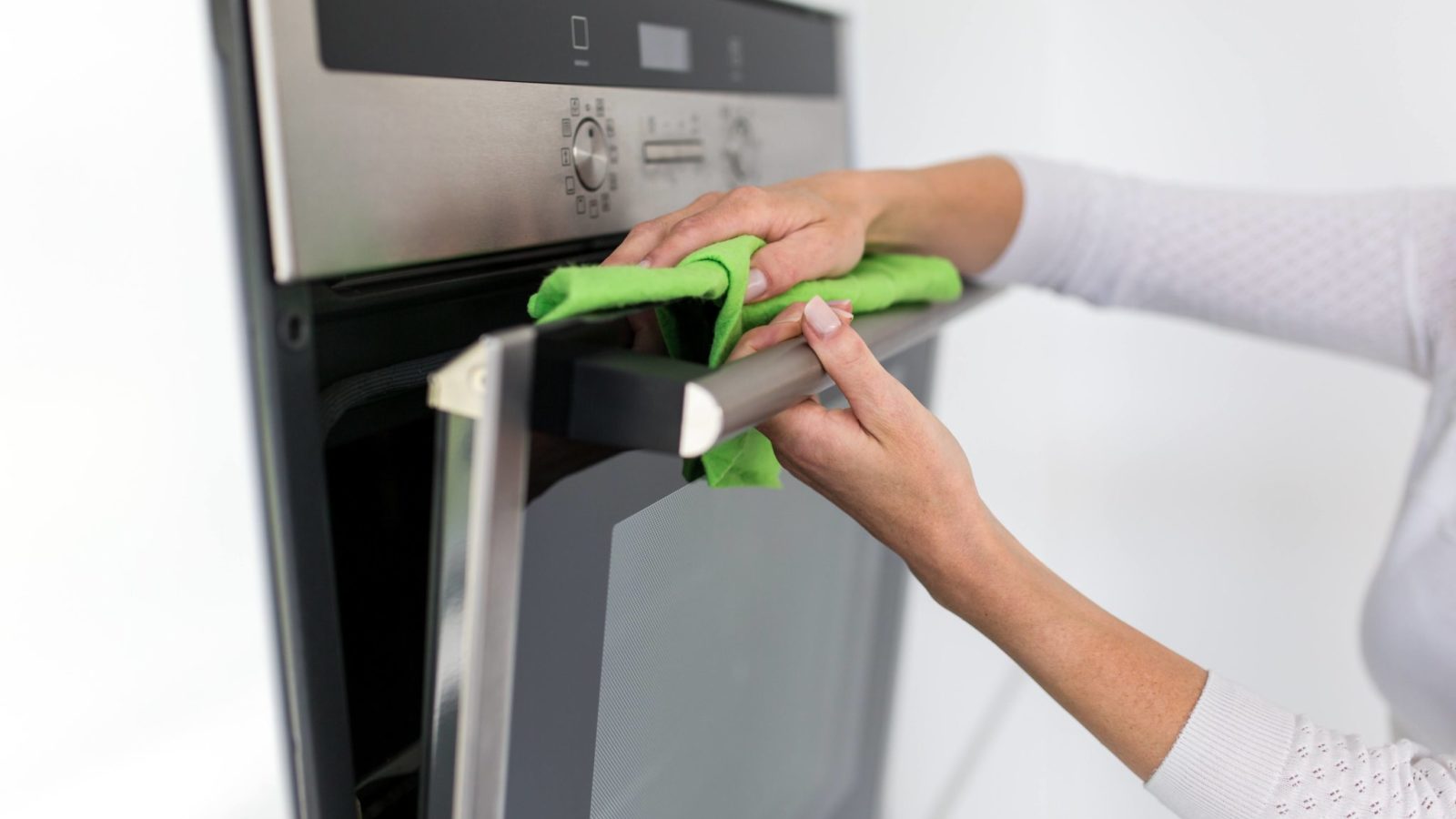 Options for Cleaning In Between Glass on Oven Door

Home » Options for Cleaning In Between Glass on Oven Door

Options for Cleaning In Between Glass on Oven Door

LESLIE: Alright. Now we’ve got Gail on the line who has a question about cleaning in between glass on oven door. What’s going on?

TOM: Cleaning in between glass on oven door is tough. And I agree. I don’t think you can. I think what you have to do is take it apart. And that can be done. The door has to be disassembled. And so, it depends on how comfortable you feel about taking that project on. It’s not sealed glass, in the sense of a double-pane window. It’s really two pieces of glass. And sometimes, because of heat and humidity and steam, it gets in there and it discolors. But you have to disassemble that door if you really want to do cleaning in between glass on oven door. So it’s obviously not the kind of thing you want to do every time you clean your oven.

GAIL: No. And I noticed that it looks like they’re Phillips-head screws at the bottom part of the door. But the top part, it doesn’t look like – it’s not a regular screw. It’s just – it’s something that – it doesn’t fit a screwdriver. So I don’t know if that bottom part – and I’m afraid that once I get that undone, I’m not going to be able to get it back.

TOM: Yeah. Get it back together again. No, I hear you, I hear you. I know that there are some great videos online of people doing this. I’ve seen then. And so you could take a look at YouTube. But the process is going to be to disassemble that door.

Now, it’s going to come apart one way or the other. The types of fasteners you’re describing may be the type of fastener that needs a specialized – not a screwdriver but like a nut-driver or something of that nature or like an Allen wrench or something like that. But it will eventually come apart. You’re just going to have to figure out how to do that. But if you’re not comfortable with that process, if you’re not really mechanical and are afraid to get into that because you might not be able to fix it, then I think you should just kind of learn to live with not cleaning in between glass on oven door, unfortunately.

GAIL: Now, is this true of all brands? Does it matter which brand it is? Do they all have to be – does it happen to them all? Or have you heard …?

TOM: Some may be better than others. But if it’s happened to you, then it doesn’t really matter if it’s happened to anybody else, because you don’t want to have to replace that oven. You really just want to make sure you can get it clean. So, that’s what you need to do.

GAIL: Yes. OK. Alright. Well, thank you very much. I appreciate your help.