How to Stretch Black Friday Electronics Deals into Year-round Savings

How to Stretch Black Friday Electronics Deals into Year-round Savings 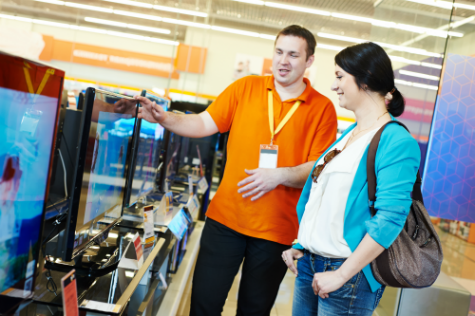 Black Friday marks the beginning of the holiday shopping season, especially for buying consumer electronics. If you’ve been waiting for a good deal on a new TV or computer, remember that Black Friday savings don’t have to stop at checkout. When you buy the most energy efficient devices on the market–and adjust the settings to avoid unnecessary energy waste once you bring your new toys home–you can enjoy year-round savings on your electric bills.

Choosing more energy-efficient electronics also helps curb climate pollution. We have 3.8 billion electronic devices installed in homes across the country. Together, they use up 67 large power-plants worth of energy, and cost $22 billion to run each year. Many of these devices, like always-on set-top boxes or gaming consoles, can rack up energy costs even when no one’s using them–an average of $165 dollars every year per household, according to NRDC’s recent Idle Load report.

No matter what kind of electronics you’re shopping for, remember these three basic rules:

When You Buy…Desktops, Laptops, Monitors, Tablets, Scanners, Printers
Always check for the ENERGY STAR logo, and consider how light and small you can go. Small portable devices use less energy than big ones, and laptops and tablets, which are designed to be thrifty to prolong battery life, use less energy than desktops. An iPad or Kindle Fire tablet uses roughly 35 times less energy annually than a decent desktop with 20-inch monitor, and 5 to 10 times less than a laptop.

To stretch your savings even further on computer monitors, check out this list of ENERGY STAR’s MOST EFFICIENT monitors, which recognizes the top 5 percent most-efficient models on the market.

If you’re considering buying one of the new Ultra High Definition (UHD) TVs, avoid buying one of the more energy-hogging models as some can use two to three times as much electricity compared to the most efficient versions. For the most efficient and highest energy savers, check out the ENERGY STAR MOST EFFICIENT TVs list. At a minimum, buy a model that bears the basic ENERGY STAR label.

Choose an Internet-ready TV, or an efficient media player such as Apple TV or Roku player for streaming video like Netflix or YouTube. Avoid using game consoles for streaming music or videos because they use 20 to 30 times as much energy as an efficient player or Internet-connected TV.

When You Buy…Game Consoles or Sound Bars
Buy an ENERGY STAR-labeled sound bar: These external speakers that more consumers are buying to beef up the small sound on most flat TVs are up to 78 percent more efficient than conventional models.

Game consoles can be energy hogs: Of the leading brands, the Nintendo Wii and Wii U use far less energy than the more graphics-heavy PlayStation or XBox. Sony’s PlayStation draws high power when you’re playing, but it keeps its overall electricity use under control by limiting power when in standby mode but still connected to the Internet. Microsoft’s Xbox One, however, continues to draw more than 10 watts even when the TV is off, making it far less efficient overall.

Settings to Change When You Get Home…
Making energy smart choices in the store will set you on the road to savings. But so will making some more smart choices when you set up your new gadgets at home. Until manufacturers step up their game and make better products that don’t waste energy, here’s how to set up your devices at home to be more energy-efficient.

On Your Computer — Use power-management settings to reduce energy consumption. Skip screensavers, which use more electricity than simply letting the screen go dark. Set the screen to switch off after 15 minutes of inactivity, and the computer to go to sleep after 30 minutes or less.

On Your TV — Disable Quick Start (sometimes also called Instant On): This feature powers up your television a few seconds faster, but it can also run up your energy bills by continuing to use excessive power in standby mode even when the viewer thinks the TV is turned off. You can disable Quick Start on the Settings menu and cut standby energy use from up to 30 watts to less than half a watt.

Make sure Automatic Brightness Control is Enabled: Many new TVs include a feature whereby the TV’s sensor measures the light level in the room and automatically adjusts the screen brightness levels. This Automatic Brightness Control (ABC) results in energy savings of roughly 50 percent when viewing TV in a dimly lit room, such as nighttime when televisions are most frequently used.

Request a whole-home DVR for homes that have multiple TVs hooked up to pay-TV service providers such as cable or satellite. If you’re buying a second or third television for your home, ask your service provider for a whole-home DVR system, which uses one main box for the main TV, and much lower energy using devices called “thin clients” for the other TVs in the home. Each set-top box should meet ENERGY STAR™ Version 4.1 efficiency levels.

On Your Game Consoles — Enable auto power-down: Make sure new (and old) game consoles have their auto power-down feature enabled. Otherwise, your Xbox or Play Station continuously draw 60 to 150 watts of power, depending on the model, when a player forgets to turn it off. That’s more than a new refrigerator’s worth of electricity every year.

Turn off the Instant On setting on the Xbox One: This game console is shipped with the Instant On feature enabled, which causes it to continuously use 12 watts even when turned off. Selecting the Energy-Saving mode instead can cut your Xbox’s total annual energy use by more than a third. 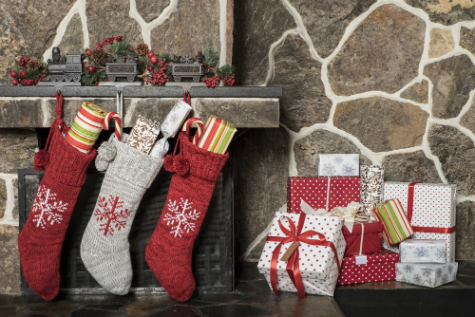 More Gifts for Gadget Geeks
Black Friday might also be a good time to pick up some energy-efficient stocking stuffers. These simple gifts can help anyone reduce electric bills and tone down the climate impact of all those plugged-in, turned on electronic gadgets.

Kill-a-Watt Meter: This simple $20 gadget helps you pinpoint which appliances are costing you energy. Plug in a “turned off” DVR, for example, and watch it draw around 20 watts of power even though you’re not watching or recording a show.

Programmable Thermostat: No home with central heating or air conditioning should be without one. These thermostats make sure your heater warms the house when you need it and automatically dials back when you aren’t home. Ditto with cooling during summer. A programmable thermostat can reduce annual heating and cooling energy use by 20 percent to 30 percent, possibly saving as much $180 annually on utility bills.

Rechargeable Batteries: If you have even a single remote control in your house, you can make good use of a battery charger and rechargeable AA or AAA batteries. This gift saves money and helps keep single-use batteries out of landfills.

(Very) Smart Power Strips: The newest power strips are super-smart, and not as lazy or forgetful as humans. They sense when the TV or computer is turned off and will power down plugged-in peripherals like the DVD player, game console, and surround-sound speakers. Many strips include “hot sockets” for devices like cell phone chargers to charge while other devices are turned off.

Timers: Devices that only need to be on at specific times, and can be turned off at other times can be plugged into a timer. For example, if you have a hot water recirculation pump to reduce hot water waiting time, a timer can avoid having it run 24/7 even when you’re asleep or away and no one is using hot water.

LED Bulbs: No self-respecting gadget geek uses 100-year old lighting technology. For about $5 a bulb, you can move someone into the 21st century with a good LED light bulb. Thanks to its efficiency and long life, it will save more than $100 over its lifetime. Switching your whole house to LEDs could save $200 every year in energy costs. (And if we did this nationwide, America would save $10 billion each and every year). That leads to more money for other stuff, and less need to build power plants. For help in figuring out which bulbs to buy, see NRDC’s Light Bulb Guide.

Noah Horowitz is a senior scientist in NRDC’s energy program and works on a wide range of energy efficiency issues, including voluntary programs and collaborations with industry, as well as the development of mandatory codes and standards at the state and national level. His areas of expertise include residential lighting and appliances, consumer electronics and IT equipment and energy-saving “cool” roofs. Prior to joining NRDC in 1997, Noah was manager of environmental programs for the Quaker Oats Company. He holds a master’s degree in environmental engineering from Illinois Institute of Technology and a bachelor’s degree in chemical engineering from Carnegie-Mellon University.

7 House Spiders to Watch Out for This Summer﻿Energy Star Air Conditioners: Saving Energy and Money

50-Year Roof Shingles: Worth the Investment?

Black Spots in Bathroom: Is it Mold?