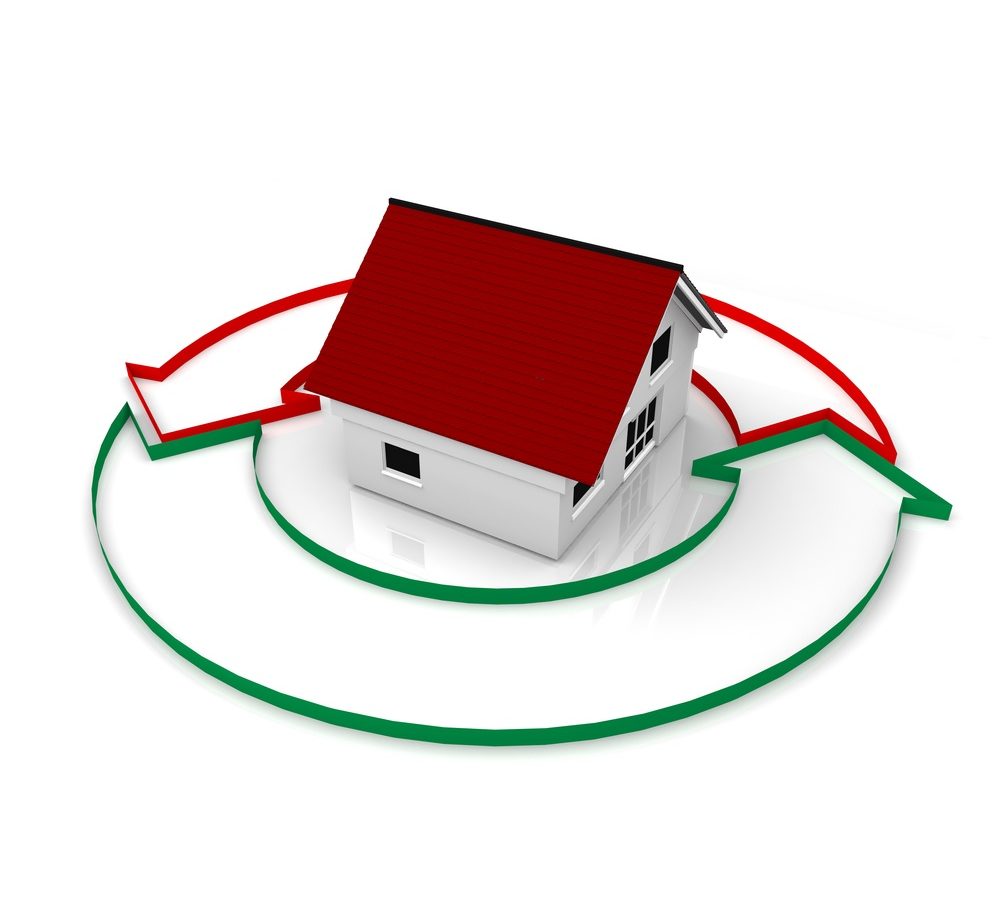 LESLIE: Well, given all the attention being paid to solar power these days, you might be surprised to learn that one of the most promising solutions to high energy costs isn’t up in the sky but buried deep under your lawn.

TOM: That’s right. It’s called geothermal and a geothermal heat pump with this type of technology, everyone could literally be sitting on their lifetime supply. Here to explain exactly how it works is our friend, Richard Trethewey, the plumbing and heating expert for TV’s This Old House.

TOM: Well, we’re glad to have you. I want to ask you about how this compares to electric heat pumps because in my experience, electric heat pumps are kind of the heating system of last resort. They can be very, very expensive but if you don’t have gas or oil, it’s the way to go. But with a geothermal, is the economy a little bit different in terms of return on investment?

RICHARD: Well, first of all, geothermal heat pumps are similar to ordinary heat pumps. But instead of using the heat found in the outside air, they rely on a stable, even heat under the earth to provide heating, air conditioning and in most cases, hot water.

RICHARD: In principle, a geothermal heat pump functions just like a conventional heat pump – or actually, I should even explain that a heat pump is much like an air conditioner or a refrigerator.

A refrigerator takes the heat that’s inside the box and dumps it out to your kitchen. An air conditioner does the same thing; takes the heat from the house and dumps it to outside. A heat pump just reverses that cycle and brings the air from outside in.

The problem is that sometimes there’s not as much heat in the air as you want on a cold day, when you need the heat the most.

RICHARD: So, in that case, the earth’s temperature stays at a constant 50 degrees or so, so no matter how cold it gets outside, you’ve got this sort of source of heat to get from the ground.

TOM: So, Richard, exactly how does a geothermal heat pump work?

RICHARD: Well, the basic heat-pump principle is pretty straightforward. You have refrigerant that’s inside this refrigeration loop with a condenser and an evaporator.

Well, the challenge is that you don’t have all that much heat available on a really cold day.

TOM: Richard, let me ask you about how deep this type of system has to go. And can you put it both vertically down and also can you spread it out if you happen to have a large property?

RICHARD: Well, it really depends. It starts with engineering. You need to determine how much collector loop you need.

Now, if you’re going to go vertically, you may have to drill down 400 feet and that gets expensive. If you go horizontally, you’re going to end up with a serpentine pattern that’s underneath your front lawn and it has to be down 4, 5 or 6 feet below the frost line so you get that 50-degree temperature.

TOM: Now, what about the warranty on this system? I would imagine it – if it goes under the property, we’re talking about it potentially going under driveways and decks and things like that. Is this pipe essentially – this loop going to last indefinitely? Do you have to be concerned about that?

RICHARD: Well, it’s generally this high-density polyethylene and it shouldn’t get so hot or so cold that it wears out in a short period of time. The unit that needs service at some point is the inside unit; you can always get at that.

TOM: So in terms of your options, if you had gas or oil, it’s still better to use fossil fuel?

RICHARD: It depends. Those fuels are going to go up in price and if you do a properly-installed geothermal heat-pump system or a really efficient system, it becomes not important what the fuel is; it’s a question of how efficient it is. So geothermal can make a great sense.

LESLIE: I mean I imagine the expense up front is going to be pretty hefty.

LESLIE: Do you make that back? Is it quickly made back or are you looking at 15, 20 years before you finally recoup?

RICHARD: We find most people will do geothermal when they’re building a new house because they put the cost of the drilling – and that can be substantial and here in New England where we live, the drilling could be $15,000; $20,000; $25,000 or $30,000 that you’re paying for that so you’re – you have to put up that upfront investment.

RICHARD: If you build it into your mortgage, your operating cost often drops by more than what you’ve had to pay on your additional mortgage.

LESLIE: That’s a lot of money, though. I didn’t even realize it was that much.

TOM: Yeah, it sure is. And plus, I would imagine that there are probably rebates available. They’re going to vary by state but that could actually cut down your costs, as well.

Also, is this a system that’s quieter than a typical heat-pump setup?

RICHARD: I think that’s what most people like about it the most is that it’s the magic-box theory. There’s one box that’s inside the house; there’s nothing outside that you see. People think about an air conditioning system, they think about that this – are condensing it outside, it’s making noise, I can’t sit on my deck.

LESLIE: Now, given that you do have to drill extensively, is this something that’s just not viable for an urban development?

RICHARD: Well, it’s tricky to get the drilling equipment in and it’s – you’ve got to find a way to do it. So in a really tight urban environment, it’s often impossible to drill, yeah.

TOM: And Richard, because we’re relying on the constant temperature of the ground, does this work as well in a super-cold climate as it might, say, in middle-America?

TOM: Very exciting technology. Richard Trethewey, from TV’s This Old House, thanks for stopping by The Money Pit.

For more tips just like that, you can visit ThisOldHouse.com.