by The Hosts Leave a Comment
Tom Kraeutler: Welcome to The Money Pit’s top products podcast. I’m Tom Kraeutler at Greenbuild in Washington DC. I’m sure many of you have driven down a street that was under construction and you see homes that are covered in building wrap. We’re talking about that white stuff, Tyvek and the like, and frequently you see it flopping in the breeze, and perhaps you, like me, think to yourself how could this ever do a good job of really sealing out drafts? I mean, that’s the goal, right? There’s a better system and it’s available now in the commercial industry and perhaps someday in the residential industry. It’s brought out by Dow Corning. It’s called Defend Air 200. With me to explain how it works is Jim Stange. This product is not a building wrap in the way that we’re traditionally used to building wrap. How does it work? 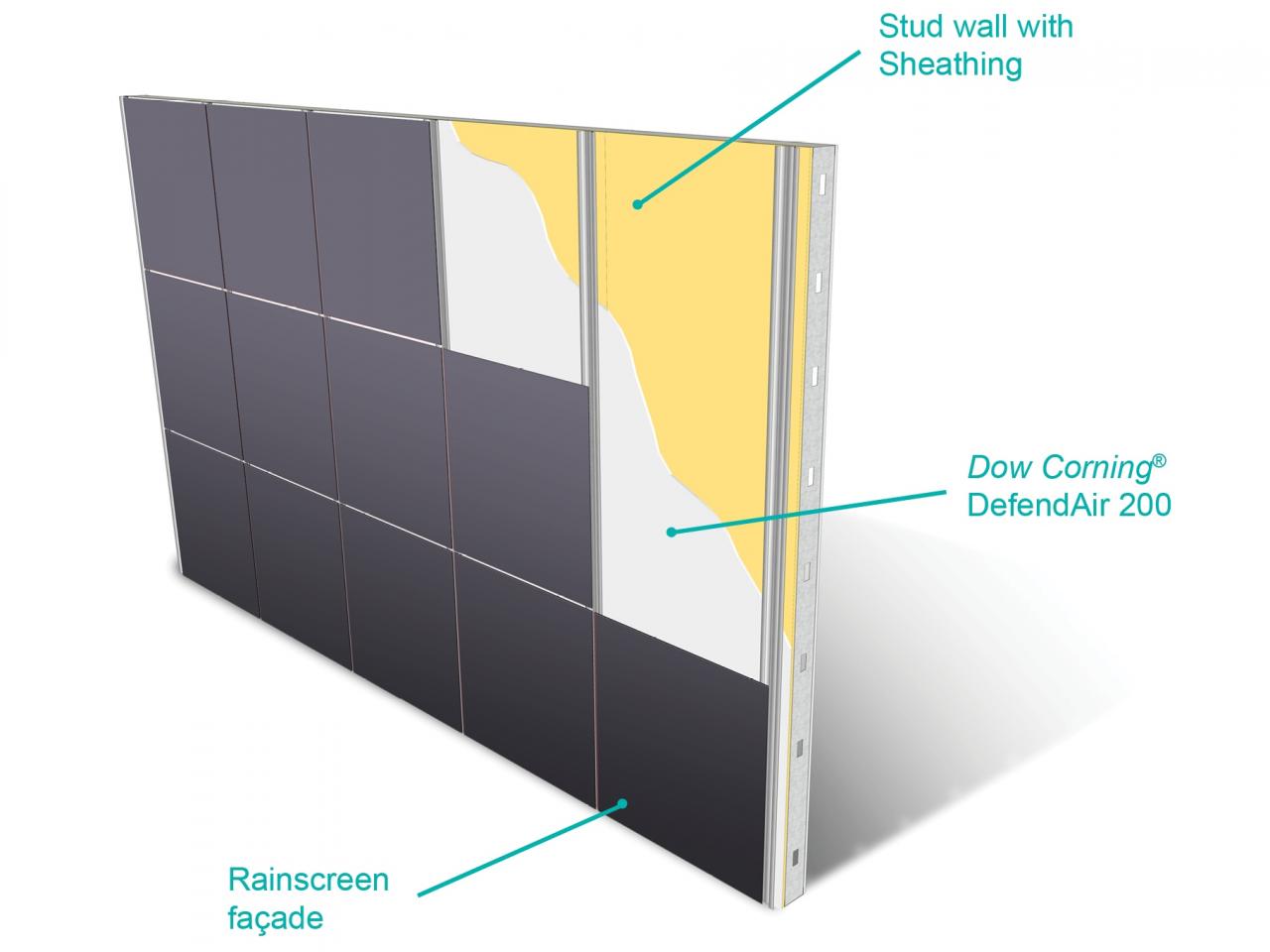 Jim Stange: This is not a building wrap. The way that this is actually applied, it’s a fluid applied system, so you would use like a painting system. You could spray this product on, you could roll it on with a roller, brush it into the gaps, and that allows for a continuous seal completely around the building with the accessory products offered in the system, which really makes that energy efficiency because you’re not having, as you said, the Tyvek or the other products flowing in the wind.
Tom Kraeutler: That’s really critical. You mentioned the transition. This is liquid applied. It goes right on top of the building sheathing, or it can go on the masonry, whatever the exterior un-sided surface is, so to speak. Then when you come to the doors, the windows, how do we make that transition and keep them water tight as well? 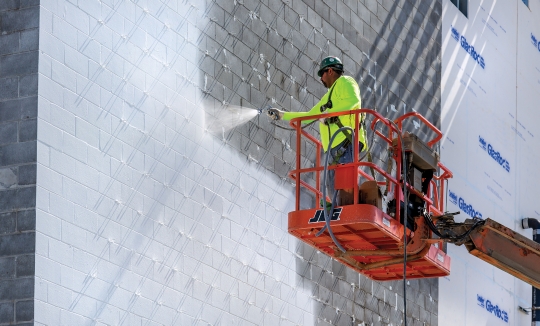 Jim Stange: There’s a number of different ways to transition the material up to the window. The windows and doors are one of the most problematic areas for infiltration of air or water. We have to pay real close attention in these types of systems. One method would be to use our flashing type system. The silicone flashing embeds the base of that opening or that through wall opening so that the door or the window can set on top of the flashing and be sealed up to the air barrier system, so now you have a continuous seal. Another method would be to use a silicone transition strip like our STS product which will allow that movement and give you capability and when you’re opening sliding doors over many, many years to keep that seal protected.
Tom Kraeutler: This transition strip is a flexible strip essentially and it would go around those openings and over the flashing of the windows and the doors to really give you a continuous barrier?
Jim Stange: Precisely, yeah. You can use that either around the windows or transitioning to dissimilar materials, maybe a foundation, a concrete CMU foundation or [port wall 00:02:42] foundation up through the rim joists of the first floor. That is another problematic area where a transition strip could cover that and not allow the drafts or the bugs or any type of weather to come through that transition point.
Tom Kraeutler: That transition strip also extends to cover the gap at the bottom of the floor structure, over the sill plate and onto the foundation. The goal here is to try to reduce air infiltration and that is one of the leading causes of driving up energy costs. We focus so much on insulation, but to what extent, in your experience, is air infiltration a contributing factor to high energy bills?
Jim Stange: Air infiltration can do a number of different things. Most businesses have a sealed building and they spend a lot of money conditioning that air, conditioning that system, to a certain humidity or a certain climate control that is beneficial for the occupants of the building. When you start to have air infiltration or weather infiltration into that conditioned system, you’re working against all of the money and investments that you’ve put into conditioning that system by allowing colder air, moist air, to go back and forth through that building. The air barrier product will really allow you to keep that conditioned space as it’s intended by the HVAC system and keep the outside weather out.
Tom Kraeutler: We’re talking to Jim Stange, he’s with Dow Corning Corning, about their new product the Dow Corning Defend Air 200. Jim, as a liquid applied product, there’s concern about moisture building up inside a wall space like this. Is this product vapor permeable? If moisture gets in there, can it vent out?
Jim Stange: It is vapor permeable. One of the great benefits of silicone technology is we’re able to engineer that permeability into the system. Our product actually has a perm rating of about 26 perms, which means that the moisture vapor from the inside can escape out through the building, which maintains a relative humidity, a nice climate inside the building of the conditioned air, and you don’t have to worry about mold and mildew build-up, because that moisture could be entrapped if you have a lower permeability.
Tom Kraeutler: Jim Stange from Dow Corning, thank you so much for sharing this information with us. Where can our listeners go for more information?
Jim Stange: You can go to www.buildabetterbarrier.com. It can also be found on our dowcorning.com website.
Tom Kraeutler: That’s buildabetterbarrier.com. Jim Stange from the Dow Corning Corporation, thank you so much for stopping by The Money Pit.
Jim Stange: Thank you.
Home PageAir ConditioningPodcasts Top Products Podcast
FacebookTweetPinLinkedInEmail

Buying vs. Building a Home: Pros and ConsEnvironmental Building Benefits

How to Treat Mold in an Unheated Outdoor Structure