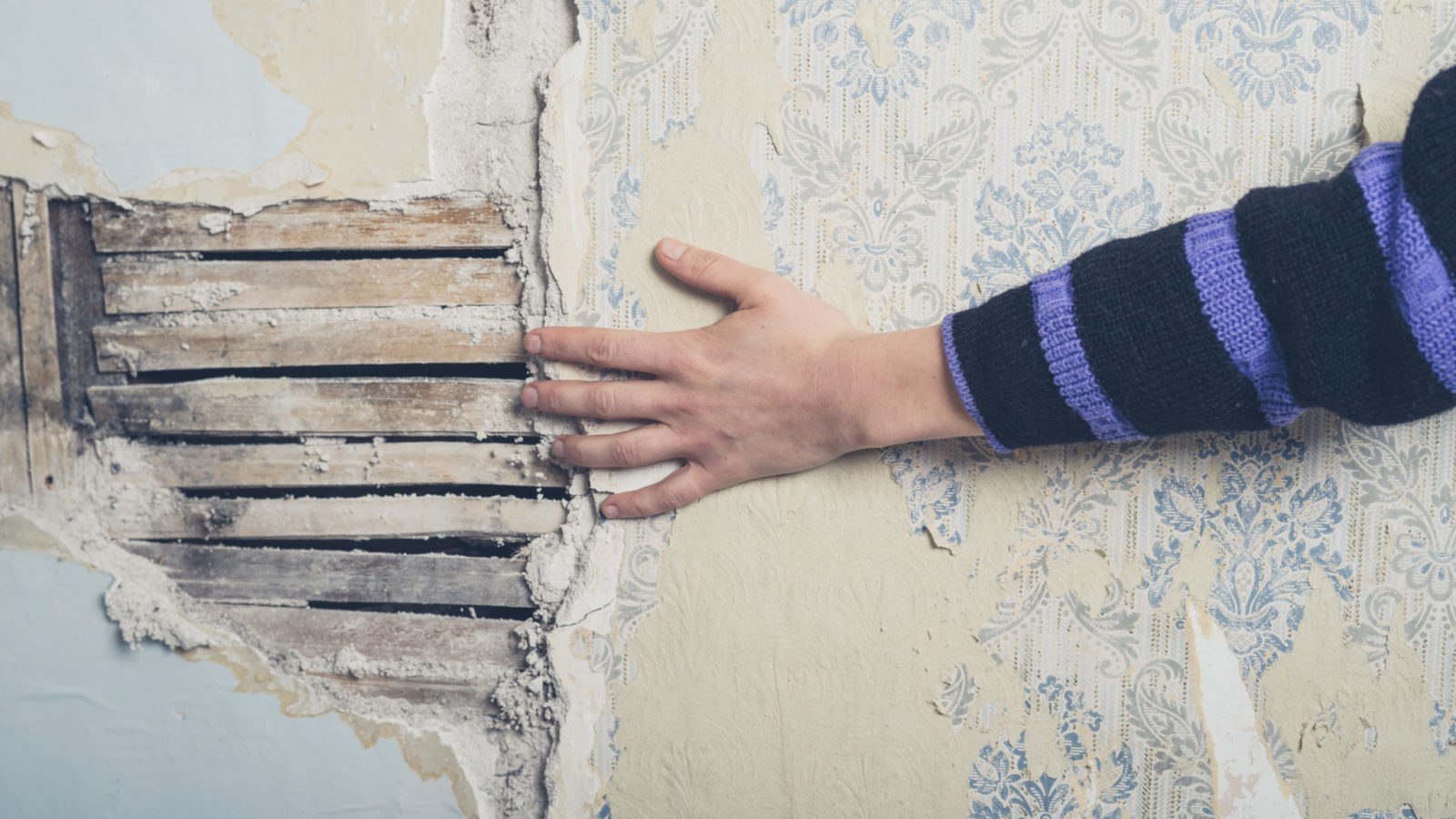 LESLIE: Now we’re going to talk to Gerard in New York who’s got an insulation question. Tell us about it.

GERARD: (chuckling) There you go.

TOM: OK. But you’re asking is it worthwhile to take apart plaster walls just because they’re not insulated? I would say no. I would have no qualms about properly installing a blown-in, probably cellulosed-based, insulation.

LESLIE: Mm-hmm. But having a pro do it.

TOM: But having a pro do it because when it’s done correctly it’s put in under certain pressures that actually prevent it from settling. And this can actually be proved. You know, some of the insulation companies – he’s almost got me saying it now (Leslie chuckles); installation companies. (Gerard chuckles) Some of the insulation installers have gear where they can actually take a thermographic picture of the wall after it’s done and you can see sort of before and after where the cold spots were and where the warm spots are. So, if it’s done correctly it can be very, very effective and it’s absolutely the way to go.

LESLIE: Yeah, and if you start dealing with taking down that plaster, you’re going to deal with a disposal situation.

LESLIE: It’s going to be a giant mess and it’s not worth it just for the foam batting; that rolled-up pink stuff. I mean you can get the same effect from the blown-in stuff without making a giant mess.

TOM: For a very short period of time in the 70s there was a foam type product called urea formaldehyde foam insulation but it had all kinds of environmental issues.

TOM: People were allergic to it. And now, in new construction, we have isocyanurate foam which we spray when the walls are open.

LESLIE: Spray on the studding, right?

TOM: On the studding, which is great. But in terms of an existing house and a retrofit situation, I think the blown-in cellulose is the best way to go.

GERARD: So I can just contact a regular contractor for that or …

TOM: Well, an insulation contractor that does that on a daily basis. I mean it’s a specialist.

LESLIE: Hey, can we offer Gerard the Money Pit Homeowners Association to help him find one?

TOM: Hey, why not? Why not? Feeling generous today, so I tell you what Gerard. We will give you, to help you out with this, a membership in the Money Pit American Homeowners Association. It’s a membership that’s worth about 120 bucks and it gives you access to prescreened contractors as well as a whole host of other discount services.

GERARD: Oh, that’s very nice of you. Thank you very much. I just started listening to your show about a week ago and …

LESLIE: Stop picking on him.

TOM: Alright, thanks so much for calling us at 888-MONEY-PIT. Gerard, if you hold on we’re going to take your name and give you a phone number to call. It’s 866-Real-Home and they will hook you up with that Money Pit American Homeowners Association membership.

And by the way, folks, if you would like to try this out yourself it’s sort of like AAA; what you get for you car. But it works for your house and it covers all kinds of services related to the home. We are giving away a Zircon laser level and a Zircon stud finder to the first 1,000 members that sign up and the membership also has a free, 30-day trial period. So it’s all available at MoneyPit.com or by calling 866-Real-Home.