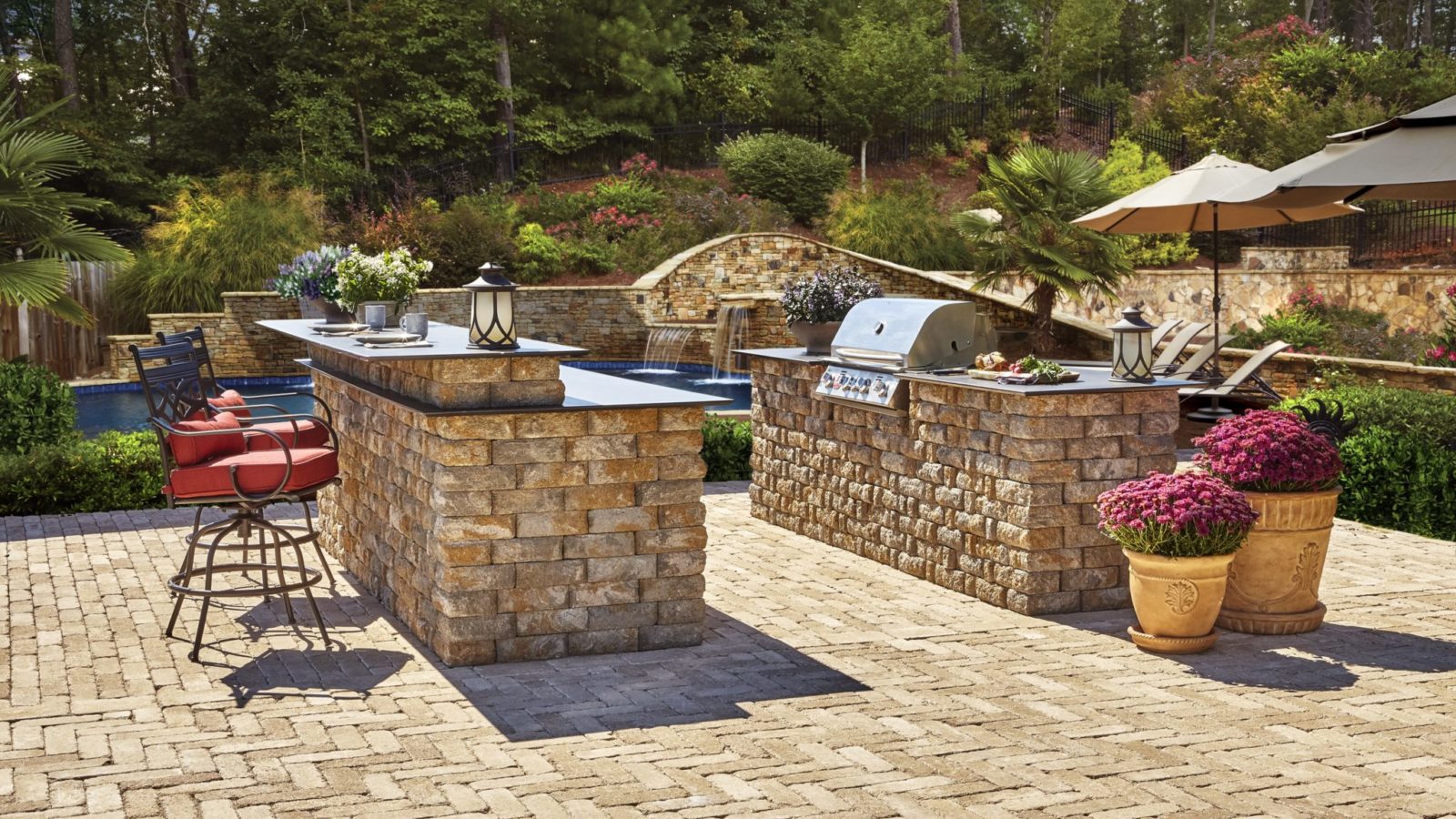 How to Build an Outdoor Kitchen

Home » Outdoor Living » How to Build an Outdoor Kitchen

How to Build an Outdoor Kitchen 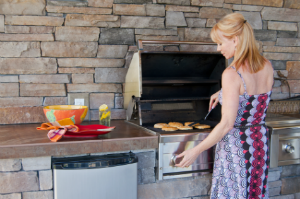 TOM: Ah, yes. But cooking and dining outside require some special recipes of their own. Here with tips for designing an outdoor kitchen is Richard Trethewey, the plumbing-and-heating contractor on TV’s This Old House.

RICHARD: Hey, guys. Glad to be back in the money pit.

Designing an outdoor kitchen is a bit different than designing an indoor space, right?

LESLIE: And accessibility to all of your fuel sources and water sources. That’s a big to-do.

RICHARD: Right, right, right. But you start with sort of locations. “So, OK. Where am I going to put it?” And now you want to say, “Alright. Now, how do I get water and waste out there for a sink if I’m even going to have a sink?”

RICHARD: “How do I get fuel out there?” So that means that a lot of times, at least, it abuts the house or it’s attached to the house.

Then you’ve got to think about how it’s going to be used socially. So if you – yeah, you want to find a – boy, then you can have space where if you have a smoker or something like that, you don’t want the smoke blowing into people’s eyes and stuff like that. So you have to think about prevailing breeze. You have to get your …

TOM: Invariably, if you’re the host, you’re going to be making that trek to the real kitchen inside the house, back and forth and back and forth. So I think if you add up all of those very practical considerations, the kitchen will kind of self-locate.

RICHARD: Yeah, yeah. There’s four things you’ve got to get out there: water, as I mentioned – water; waste; a fuel for cooking, if you want gas; and electricity is always important to get out there for lighting and for all the appliances. Everybody needs to charge their phone, too, even when they’re outside.

LESLIE: And I like the idea of having a refrigerator outside if you’re barbecuing.

LESLIE: This way you can keep, I don’t know, sauces, salads, things ready to go on the grill.

LESLIE: Beer. So say that.

RICHARD: Yeah. So, the outdoor kitchen is not an important thing for me, particularly, since we live here in New England where we had 180 inches of snow last year.

RICHARD: So it’s a short-lived room.

TOM: Right. But for many people, they do really enjoy that outdoor space.

So you mentioned water. Now, we obviously need to be able to get water out there in the warmer weather. But we need to be able to drain that pipe in the cooler weather. How do you position the plumbing so that becomes, you know, something you can do yourself, as opposed to having to sort of blow it out like you might a sprinkler system?

RICHARD: It requires just a little bit of thought and find a way where the hot and the cold come and – from a point where at the lowest point inside the house there are two drains so we can drain water out. Or it can be outside the house. But you have to find a way that – without any major worries. You can simply get the water out of the pipes so you’re not – every year, you’re not having to replace the pipes.

Now, the other thing is every fixture, if you’re going to make it legally plumbed, if it goes back into the house, it should be – it has to have a trap. And so the trap also has water in it. So you have to think about that. And so, a lot of times, if it’s – depends on the part of the world you’re in. Some people just let the kitchen sink drain to a dry well or something like that.

TOM: Drain outside or a dry well. Yeah.

RICHARD: Because it’s not going to be used for heavy-duty food prep. You’re going to do a lot of the food prep inside the main kitchen.

TOM: Right. It’s pretty much clean water that drains out of that.

LESLIE: What about a cooking source? I mean ideally, you’d love to take your natural gas from inside the house and bring it outside. But how much of a challenge is that?

RICHARD: Gas pipes are pretty straightforward to run. They don’t need pitch and they’re relatively small. They can be run in steel or they can be run – in some parts of the country, you can use the stainless-steel, corrugated, flexible gas-supply piping. So that shouldn’t be too big of a deal to run it. A lot of people love to have wood grills and wood smokers outside so wood becomes part of the theater: you know, the equivalent of a Big Green Egg as sort of – as theater as the center of the space. But gas is what most people want to get.

TOM: Now how about running electricity out there? We have to be careful with those circuits because they’re more susceptible to getting a shock?

RICHARD: Yeah. You’re in a place where the rain can come. So you need ground-fault interrupted circuits, something that’ll have a breaker and a safety so that you don’t get electrocuted. And you should be able to completely kill that from outside so you’re not leaving power out there all – in the winter or in a heavy – in the bad weather.

LESLIE: And you probably need a specialized refrigerator/freezer for outside because we know that as temperature changes, it will ultimately not cool what’s in there.

TOM: Yeah. And I think, in a lot of parts in the country, it absolutely contributes to the home’s value, too.

TOM: Having that second kitchen outside is something that’s really going to turn on buyers.

RICHARD: Yeah, yeah. I wished I lived in a place that it could be viable.

TOM: Where you could enjoy it, right?

RICHARD: So, I’ve got to move.

Richard Trethewey, the plumbing-and-heating contractor on TV’s This Old House, thank you so much for helping us out with outdoor-kitchen design.

RICHARD: Great to be back.

How to Plan the Outdoor Kitchen of Your Dreams | Video

How to Build a Concrete Countertop for Outdoor Kitchens | Video